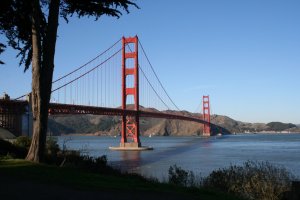 Andrei Codrescu notes, “There are certain cities and certain areas of cities where the official language is dreams. Venice is one. And Paris. North Beach in San Francisco. Wenceslaus Square in Prague. And New Orleans, the city that dreams stories.”

He’s talking about cities that affect you–that leave their mark on you long after you’ve left. And he is right. There are certain cities that can touch your soul within minutes of being there and leave you changed forever. This change may not be something others can recognize. It may not be something you even recognize, but it’s there: indelibly printed on your spirit–the stamp of that city.

Why can these cities do this? Codrescu claims that in cities like this “space and time are subjective, no matter what the merciless clock of late twentieth-century [or early twenty-first-century] America tells us.” So often, we are governed by schedules and time (or lack thereof) and tasks that when we encounter a city that allows a sense of separateness from the tyrany of right now, we feel it deep within ourselves. Like a sigh of relief.

I haven’t traveled extensively, but I have felt what Codrescu talks about in a few cities–and not in others. Rome is the former; New York, the latter. I thought there could be some rhyme 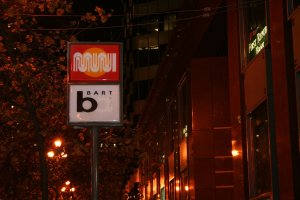 or reason for this phenomenon but haven’t found any yet. New Orleans, as Codrescu so lyrically writes about in New Orleans, Mon Amour, is definitely the former kind of city. I’ve been to it twice before Katrina and did leave it changed. I thought it was my first experience with this kind of city. My first encounter with a city that has a soul.

I used to claim that New Orleans was the only city of this kind in the United States. We are too young as a nation, too brash, too excited by the new to have many cities that have the weight of time on them. Rome has been around for over 2000 years. Not one city here can boast of such an impressive lifespan. We haven’t been around long enough for most of our cities to see “little difference between life and death except for poetry and song.” And frankly, that isn’t where our priorities are as a nation. Our nation wants strips malls and parking lots and bigger freeways. Our time is spent running errands and being quantitatively productive, not sitting in corner cafes as we enjoy the simple pleasure of being in a moment. 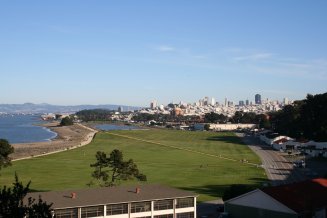 I used to think New Orleans was the only city like this here until I went to San Francisco this weekend. I had been to San Francisco about fifteen years ago and stayed with some friends for a time. We lived in Chinatown. I followed them around in their day-to-day lives, eating a handfuls of sticky rice while waiting for buses, and left the city feeling it was different than any other city I’d ever been. However, at that time, I didn’t have the language to understand what exactly San Francisco had done to me. I’d left affected but didn’t know it. Fifteen years later, I got to discover this city anew.

It’s amazing to go back somewhere you knew fairly well as a child–forgotten about–and then rediscover it with adult eyes. What was important to you has completely changed. You notice different things. You’ve surely forgotten things. You make different connections. My San Francisco now is distinctly European in look and feel. It has the tiny, winding, pedestrian-ruled streets; the fountains; the squares; the surprising patches of green park of many European cites. It also has the grand buildings that look (since a lot are not actually) many hundreds of years old. This city has the weight of time on it. Amazingly so because San Francisco has burned down and/or fallen down many times in fairly recent history. It is impressive that the people of San Francisco have managed to recreate themselves over and over again while still maintaining that subjectivity of time and space. This city hasn’t forgotten it’s history. Life and lives, both past and present, permeate it. 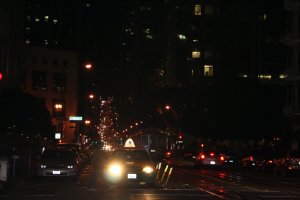 He wrote an essay that highlighted the marked contrasts between the cities. His San Fran “slapped [him] vigorously awake by a chilly breeze off the ocean . . . amid the din of booming money, growing sky scrapers, swinging briefcases, and two-dollar cups of coffee.” In Codrescu’s San Francisco, “people propelled by wind [make] loud deals . . . consume[] ruddy portions of exotic Persian and Thai food–which they [eat] directly out of cartons, using their gold American Express cards instead of silverware–slap[] each other on the back with tennis paddles, and wipe[] energetic sweat from jogging foreheads.” And while I laugh and do see some truth to this version of San Francisco, I also know the version of this city where you can have a quiet cup of coffee in shade-dappled sunlight at Cafe Centro in South Market. I know where you can take a step and move from impeccably groomed park to tangled redwood forest. I know where you can stand on a street corner in Chinatown and feel life with all five senses. It’s this San Francisco that affects you. It’s this San Francisco that lets time shift and become fluid.

I left San Francisco changed. From this moment on, my life will be different in an unquantifiable, intangible way. We came back to learn our friends had had their baby. Their lives are now changed in a definitely quantifiable and tangible way. To celebrate life changes of all kinds (and because I always make this for people who have just given birth), I made baked ziti (yes, I know, again).

I love this dish because you can tweak the sauce and get a completely different flavor everytime with the same comforting taste of cheese and pasta.
Since I’ve already given you my basic ziti procedure, I’m just going to explain my new sauce for this one.

Sauté garlic and onions in olive oil until translucent. Add the chopped green stuff and sauté a bit more. Add wine and simmer a tiny bit until reduced by 1/4-ish (honestly, I don’t really know about reduced part but it sounds good). Add tomatoes and sugar to taste and simmer until flavors blend. Then do your ziti thing.

Of course I served this with a salad of tomatoes, lettuce, cucumbers, radishes, mushrooms, yellow bell pepper, nuts and craisins. Gotta kill that lettuce somehow.

Oh and I got to find out my new CSA shipment: 10 tomatoes 2 cucumbers 3 beets 6 radishes red kale 2 heads of lettuce 1 spaghetti squash 5 apples AND NO CHARD!!!!!